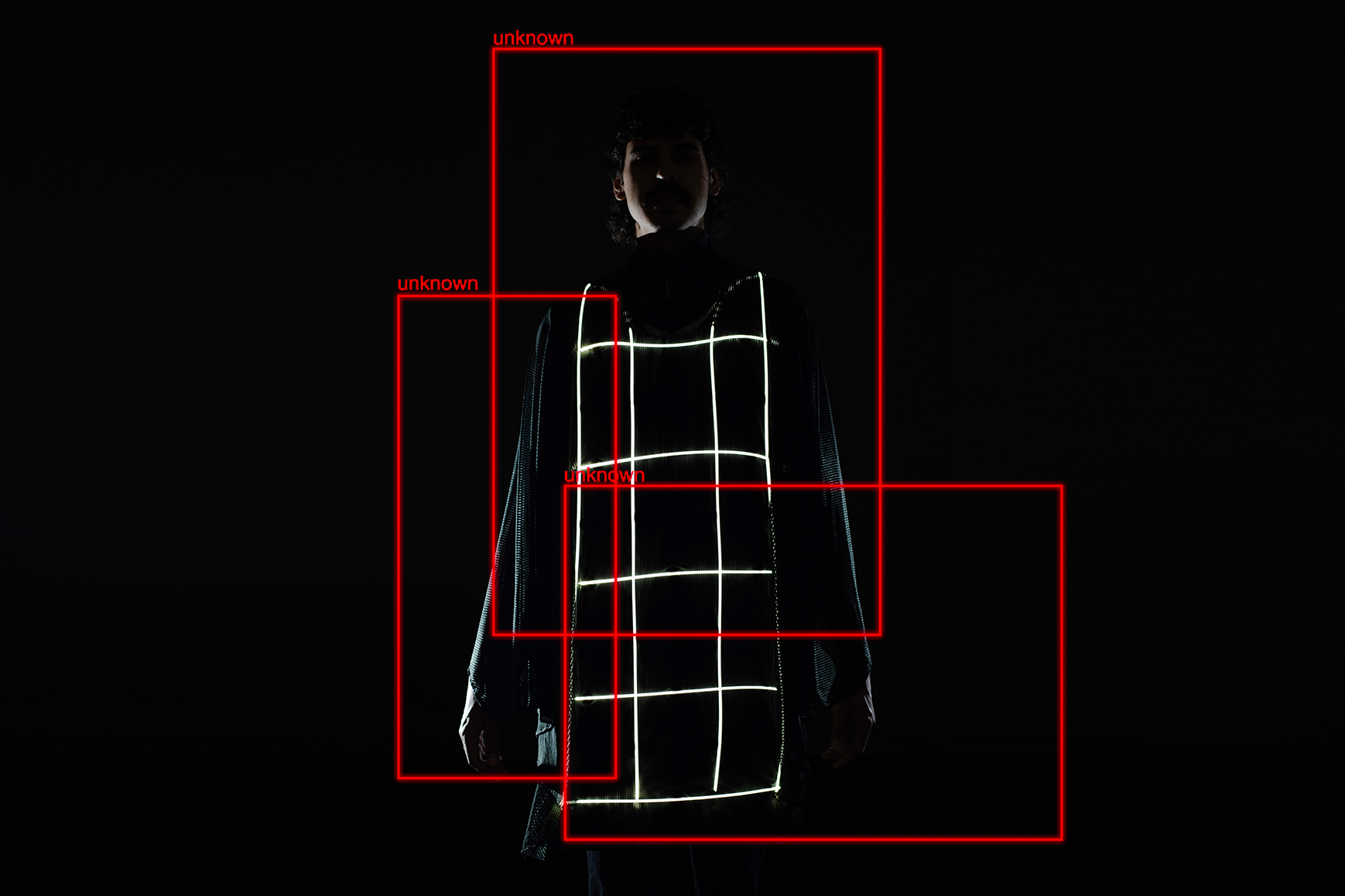 The cloak-like garment used in the IGNOTUM design project implemented by the design studio WertelOberfell is a centre of attention in the real world. In the digital sphere, however, the poncho has the opposite effect and acts as a camouflage. The textile’s special composition and the integrated LED lights ensure that the wearer is protected from the prying eyes of surveillance cameras with facial recognition and remains invisible in the virtual world.

WertelOberfell, founded in 2007 by Gernot Oberfell and Jan Wertel, is a design studio for furniture, lamps and luminaires and industrial products as well as experimental research work. In a clever interplay between materials, production processes, new technologies and manufacturing methods as well as computer-aided design, the two qualified industrial designers develop cutting-edge masterpieces of product design.

In its IGNOTUM project (Latin for “the unknown”), WertelOberfell collaborated with the Fraunhofer Institute for Reliability and Microintegration (IZM) and other technical partners to create a piece of (protective) clothing with a twist, where fashion and technology are combined in a unique and innovative way. Unlike traditional protective clothing that protects the wearers from bad weather, safety risks or injuries, the IGNOTUM poncho is used to help them remain invisible in a world of ubiquitous surveillance by CCTV and artificial intelligence. Personal data such as gender, age, one’s emotional state or preferences – captured by video surveillance systems with AI capabilities – have long since found their way into the retail market to be used for marketing purposes. The IGNOTUM poncho prevents this capture of data, thus confronting the problem of privacy versus big data.

M-Fibre in the fashion tech universe

The prototyping phase revealed: LEDs affect artificial intelligence. Woven into the textile layers of the garment, the M-Fibre side light fibres play an important role in the IGNOTUM prototype. The light pattern of the implemented LED solution prevents the algorithm from recognising the wearer’s human silhouette so that the pixels recorded by the device will not be subject to a more in-depth data analysis. A half-transparent textile layer which creates a moiré pattern confuses the AI even more. The project is a demonstration of the fashion of the future and shows how advanced technology can be integrated in the textile industry. Glowing lines could, for example, be used in garments in the future to produce highly visible performance and protective wear. 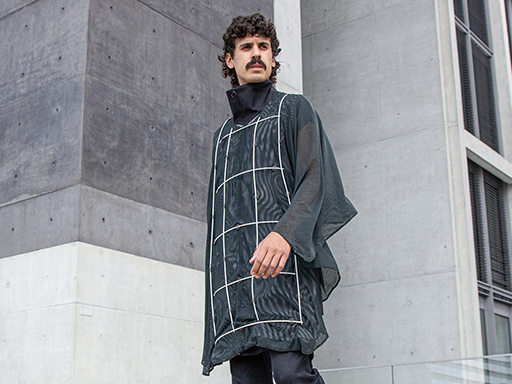 The IGNOTUM poncho protects wearers against surveillance cameras with facial recognition and ensures that they remain invisible in the virtual world. 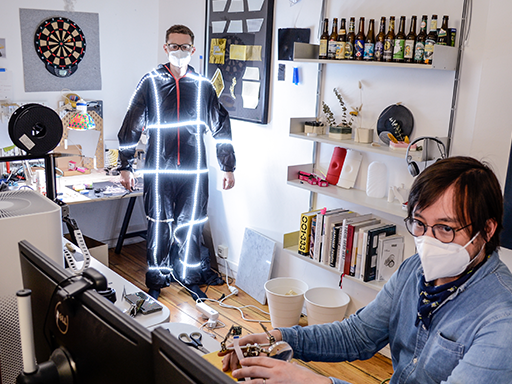 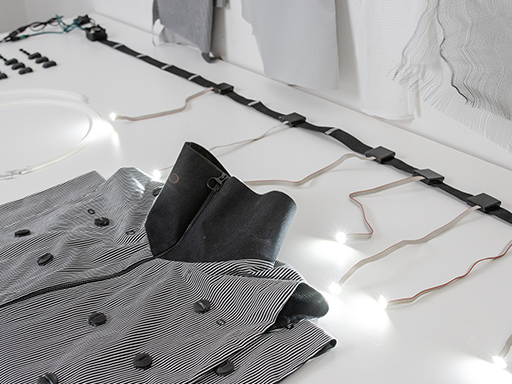 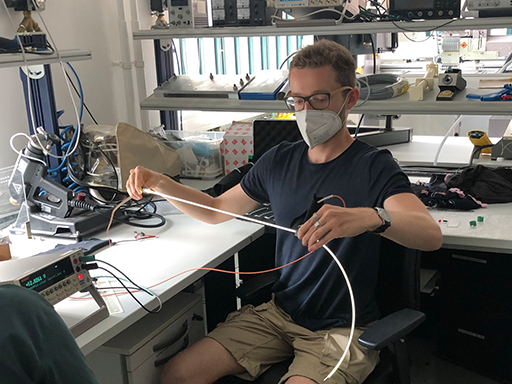 The IGNOTUM prototypes are made with M-Fibre side light fibres: The light pattern prevents the recognition of the wearer’s human silhouette. 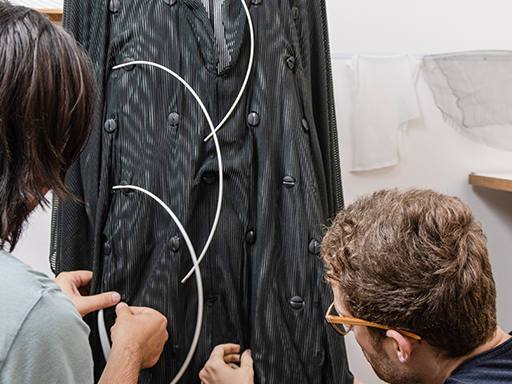 The thin and flexible side light fibres are interwoven with the two underlying textile layers and the associated technical components. 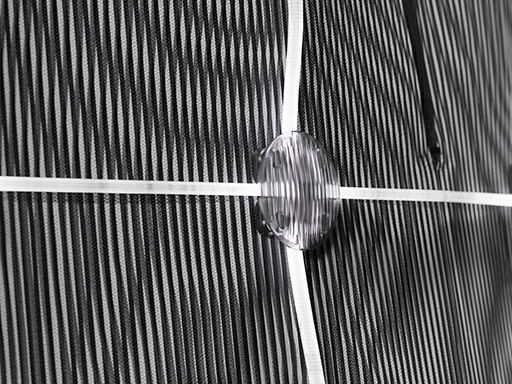 Specifically developed buttons connect the different layers of IGNOTUM and keep the side light fibres in their place.